“With my previous recordings, actually with most of my writing, I was always trying to write music that fit into a specific style or band,” says Palombi. “With Detroit Lean, I just wrote music stream-of-consciousness style— whatever popped into my mind. As a result, I think that I unconsciously channeled a wide range of influences and sounds that have been bouncing around in my head over my musical life. I didn’t really care what anyone wanted to hear or about trying to fit a genre. I wanted to see what was inside of me.”
– Phil Palombi, April 2016 END_OF_DOCUMENT_TOKEN_TO_BE_REPLACED 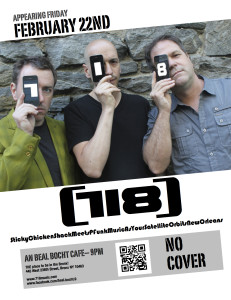 A must see gig in February!

Consisting pianist Matthew Fries, drummer Eric Halvorson, and myself on an old Fender Precision bass, we will explore a genre of music that we’ve decided to label as “Alternative Groove”. You can visit our website at www.718music.com and check out our YouTube videos. 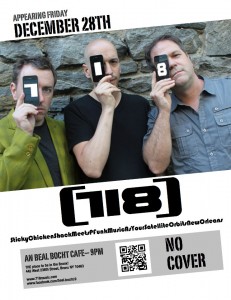 If you are going to be in the NYC area in December and/or January, I have a few great gigs to tell you about!

Firstly, on Friday December 28th and again on January 19th you can hear a great new project I’m involved with– (718). Consisting pianist Matthew Fries, drummer Eric Halvorson, and myself on an old Fender Precision bass, we will explore a genre of music that we’ve decided to label as “Alternative Groove”. You can visit our website at www.718music.com and check out our YouTube videos.

On January 3rd Tri-Fi (Matthew Fries again, this time on piano, Keith Hall – drums) will be back in NYC at the Kitano in midtown Manhattan! Don’t miss this opportunity to hear this jazz piano trio in action. With no new album to promote, we’ll be playing all the hits from our four current releases in circulation. Oh, and before I forget, here’s a spoiler alert. We’ve just booked a studio in May to record our fifth CD! Stay tuned for more information. 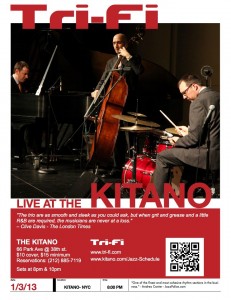