When Phil Palombi set out to begin crafting the album that would ultimately become Detroit Lean, the Grammy- winning bassist and composer knew that he wanted to do something different this time around. On his debut, 80 East, Palombi had deliberately created a record that, he says, “everyone would want to listen to, not just bass players.”

RE: Person I Knew – A Tribute to Scott LaFaro

2011 marks the 50th anniversary of the untimely death of bass legend Scott LaFaro. To mark this occasion, Phil recorded a tribute to the bass great that features Bill Evans alumnus and drum legend Eliot Zigmund and piano great (and former roommate of Scott’s) Don Friedman.

“I have played this recording many times and have not tired of it’s performance wizardry.”
-Bassist Richard Davis

Tri-Fi is a coopretative lead piano trio featuring two of my favorite musicians- Matthew Fries on piano and Keith Hall on drums.

Staring into the Sun 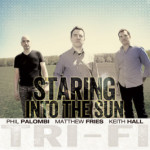 “★★★★ Tri-Fi’s newest collection of originals is the best example yet of their intimate group interplay… Call it a relaxed yet fervent approach to express joy, wonder, surprise. The kind of qualities jazz lovers look for anytime they’re hungry for connection…” – Downbeat Magazine | John Ephland

Released in 2011, this is the 3rd album from TRI-FI. I’m really excited about the music and the recording quality on this one. I hope you’ll check it out! 100% original music by the three of us.

TRI-FI is back with more from my collaborative project with Matthew Fries (piano), Phil Palombi (bass) & Keith Hall (drums). This 2nd album from our trio features a special guest, Steve Wilson (saxophone).

This self-titled release is the 1st album with my collaborative project – Matthew Fries (piano), Phil Palombi (bass) & Keith Hall (drums). We began playing together as the rhythm section for Curtis Stigers (vocals), so we asked him to be our special guest on this release.

The electric power trio (718), formed by Eric Halvorson, Matthew Fries and Phil Palombi in 2013, combines the power of rock, funk, jazz, drumNbass, and loads of effects pedals to create a sonic landscape that is as fun to dance to as it is listen! 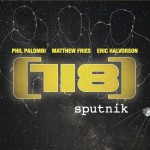 Mark Corrotto of All About Jazz calls the music of (718) Sticky Chicken Shack Meets P-Funk Music As Your Satellite Orbits New Orleans.