A Film by Nick Wells : beneaththebassline.com/double-bass

It was an immense honor to be included in Nick Wells’ excellent documentary, Walking the Changes | Legends of the Double Bass in Jazz. This film should be required watching for every inspiring bassist. Nick went through great lengths to interview some of the most amazing players alive today (most of whom are my heroes), and he captured really great moments, both in interviews and performances.

My contribution involved speaking about the contributions of bass great Scott LaFaro. For my segment, I met the camera crew at the legendary Village Vanguard, with Scott LaFaro’s Prescott bass in tow. Though I have played Scotty’s bass at the Vanguard a few times in the past, this experience was different. I felt the weight of my responsibility as I played a solo version of Gloria’s Step on LaFaro’s bass in the center of that historic jazz club. For me personally, that was a true life milestone.

“Walking the Changes centres around pivotal moments in the history of the double bass in jazz. Featuring exclusive interviews with the bass players who’ve pushed the boundaries of rhythm-section playing, elevating the instrument from a mere time-keeping role, to visionary composers and improvisors. With never-before-seen performance footage, studio outtakes and rare photos, this film unpacks the music of the best jazz bassists of all time.“

It is finally time to release my latest recording into the wild! Join me and the band at Birdland and check out what this stuff sounds like LIVE. Thanks to the generous support of the International Society of Bassists, I will have Scott LaFaro’s bass with me for the concert (I used it on the record too).

Also just like the record, I’ll have Matthew Fries, Keith Hall, and Tony Romano with me. You can buy tickets at the door or in advance from the Birdland website. I recommend at least making a reservation in advance if you are coming.

Of course, you can PURCHASE THE CD NOW if you’d like to be prepared for the gig. I hope to see y’all there!

“With my previous recordings, actually with most of my writing, I was always trying to write music that fit into a specific style or band,” says Palombi. “With Detroit Lean, I just wrote music stream-of-consciousness style— whatever popped into my mind. As a result, I think that I unconsciously channeled a wide range of influences and sounds that have been bouncing around in my head over my musical life. I didn’t really care what anyone wanted to hear or about trying to fit a genre. I wanted to see what was inside of me.”
– Phil Palombi, April 2016 END_OF_DOCUMENT_TOKEN_TO_BE_REPLACED 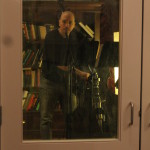 LaFaro’s bass in the bass booth.

I’ve been kind of quiet about this so far, but I guess it’s time to spill the beans. I have a new solo project coming out scheduled for a 2016 release! This is definitely my most ambitious project to date.

2015 has been a pretty massive year for me. It started with having Scott LaFaro’s bass again, this time for six months. When I found out that I was going to have this instrument again, I decided pretty quickly that I wanted to record another CD as a leader. Once I committed myself to that path, I got to work writing! Every morning I would wake up, grab a coffee, and head downstairs to my home studio with manuscript paper and a clean slate. My goal was to write at least twelve songs. Ten made the final cut to the record. This time around I wanted to feature Scotty’s bass in a modern setting. I even tracked a few songs on electric bass, which is a first (but not last) for one of my solo projects. END_OF_DOCUMENT_TOKEN_TO_BE_REPLACED 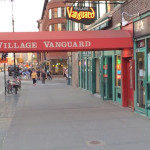 On May 4th, I walked through the doors of the Village Vanguard with Scott LaFaro’s bass in hand. Why is that a big deal? I guess we all have our ideas about what matters in live. We all have our personal journeys to make, and along with those journeys comes our own views of what is monumental. For some people, life landmarks may have been scoring the winning touchdown in the Super Bowl or becoming the CEO of a successful company. For me, it was playing LaFaro’s bass on the very stage that he recorded Waltz for Debby and Sunday at the Village Vanguard 53 years earlier. END_OF_DOCUMENT_TOKEN_TO_BE_REPLACED

The Importance of Critical Listening — Part 2 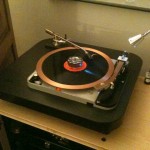 A little while ago I talked about why it’s important to sit down and listen to music, not just have music playing in the background of your life (The Importance of Critical Listening Part 1). I also eluded to the fact that listening to mp3 downloads aren’t going to help you develop your tone. In this blog post, I’m going to tell you about a few ways to improve the sound of music in your life! END_OF_DOCUMENT_TOKEN_TO_BE_REPLACED 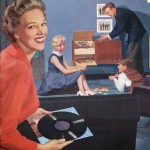 I guess I added critical for the younger generations that may not have grown up with the idea that a home stereo could be something that you sit in front of like a computer, TV, or book. I felt that if I would have just used the word listen, some people might think “Sure, I listen to music every day- in the car, at the grocery store, when I’m walking across campus, etc… What’s the big deal?” END_OF_DOCUMENT_TOKEN_TO_BE_REPLACED

I have a few very exciting things to tell you about involving two very special projects that I am extremely proud of. These projects showcase two distinct yet interconnected sides of my playing– the acoustic trio Tri-Fi and the electric trio (718).

February 25th is the official release date for Tri-Fis’ 5th studio recording entitled Staring into the Sun. If you’re not familiar with us, please swing by our website at www.tri-fi.com or our youtube page at www.youtube.com/trifijazz. I have a few more videos posted to my personal YouTube page as well (www.youtube.com/bassphil). We’ve been together for 10 years now, and I think that this is our best recording to date. Since you are a subscriber to my mailing list, I’m assuming that you enjoy my playing. Well, I feel like this is the trio that that best showcases what I can do on the bass. Matthew Fries and Keith Hall pull the best out of me.

February 25th is the release date for Staring into the Sun, and our East coast CD release parties are happening at a few places in March– March 9th at the Deer Head Inn in the Del Water Gap, March 10th at Smalls in NYC, and March 11th at Chris’ Jazz Cafe in Philly. If you’re in neighborhood, swing by and say hi. If you’re outside of New York, you can watch us perform live streaming online at the Smalls’ website on Monday March 10th for only a few dollars!

Then there is that other side of me– the electric bass. I played the electric bass years before I ever picked up an acoustic bass, and I finally have a project that I feel showcases my electric playing. We call ourselves (718), as in the area code for the Bronx, Queens, Brooklyn, and Staten Island. We will be releasing our debut recording Saturday night March 8th, at the legendary Blue Note in NYC as part of their Late Night Groove series. When they say “late night”, they mean it! We’re playing one 90 minute set that starts at 12:30am Saturday night. Yeah, that’s right. It’s still the city that never sleeps!

Our CD is entitled Sputnik, which you’ll find for sale on our website at www.718music.com. We also have a YouTube page where you can see some of the goofy videos I put together in my spare time.